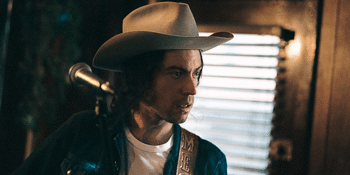 James Ellis and the Jealous Guys

James Ellis and the Jealous Guys are a country and honky tonk band from Melbourne.

In 2018, they won Best Country Album at The Age Music Victoria Awards for their first record, "It Ain't Texas (But It Ain't Bad)".

Their second album, "Country Lion", which was recorded with Micah Hulscher and Alex Munoz (both, Margo Price) between Melbourne and Nashville, was released in 2020 to critical praise both in Australia and overseas.

Locally, the album was Feature Album on ABC Country and Saturday Night Country with Felicity Urquhart, and also Album of the Week on Good Morning Country across Australia.

Internationally, it received a 4.5 Star review in UK country magazine, Country Music People, which also said: “This is a fine traditional country album that engages you with the quality of the eleven self penned songs and lyrics.”

In the USA, the respected music blog Saving Country Music wrote the following: “[H]ere comes James Ellis and the Jealous Guys out of Melbourne with some serious heartbreaking throwback honky tonk stuff on their new album Country Lion that’s begging to be spun, and spun again.”

The band is also an integral part of the Melbourne honky tonk scene, notably thanks to the weekly Honky Tonkin’ residency they’ve co-hosted in Fitzroy since 2018 as well as through regular gigs in and around the city. They've also played Australian country music festivals like Tamworth Country Music Festival, Gympie Music Muster and Out on the Weekend and supported a bunch of great touring American country performers like Justin Townes Earle, Tyler Childers, Lillie Mae, the Deslondes and Leo Rondeau.