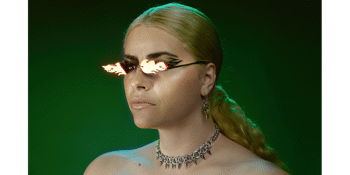 TBC
The Bridge Hotel, Castlemaine (Castlemaine, VIC)
Saturday, 5 February 2022 8:30 pm
102 days away
18 Plus
Music
Send this event to
After a global touring hiatus, we're so thrilled to announce June Jones' forthcoming Australian tour, which will see her perform in almost every state and territory in the country. The tour comes alongside a new single 'Motorcycle', out now via Emotion Punk & Remote Control Records. June will be joined on stage by 'Motorcycle' co-producer Geryon.

“With Leafcutter she bends synth-pop convention in a fearlessly honest set that explores her experiences as a “deeply emotional” trans woman." - UNCUT

"Unnerving and beautiful, it’s a strikingly rendered portrait of disaffection." - THE FADER

"Fans of John Grant, Kate Bush and Björk will find a lot to love here — Leafcutter is by very definition art pop, but it never ventures out of the realm of accessibility." - Beat

“Leafcutter is a reminder that there is strength in vulnerability and something truly powerful about a well-written song.” - STACK

“June Jones' voice is one that envelops you and never lets you go. The emotion she lacquers every word with becomes your emotion; her world becomes your own.” - MTV